The Shekinah Glory of God

So many times as believers, we take lightly the Shekinah Glory of God.  If we truly understood it, we would be laid prostrate in awe of His Glory.

What have we missed that the shepherds saw that night so long ago – that Glory – that Presence of God?  Oh if we truly experienced that presence of God our lives would be forever changed. 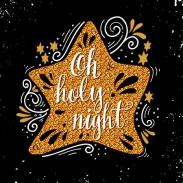 Luke 2:8-20 – In the countryside nearby were some shepherds spending the night in the fields, guarding their flocks, when an angel of Adonai appeared to them, and the Sh’khinah of Adonai shone around them. They were terrified; but the angel said to them, “Don’t be afraid, because I am here announcing to you Good News that will bring great joy to all the people. This very day, in the town of David, there was born for you a Deliverer who is the Messiah, the Lord. Here is how you will know: you will find a baby wrapped in cloth and lying in a feeding trough.” Suddenly, along with the angel was a vast army from heaven praising God: “In the highest heaven, glory to God!  And on earth, peace among people of good will!” No sooner had the angels left them and gone back into heaven than the shepherds said to one another, “Let’s go over to Beit-Lechem and see this thing that has happened, that Adonai has told us about.” Hurrying off, they came and found Miryam and Yosef, and the baby lying in the feeding trough. Upon seeing this, they made known what they had been told about this child;  and all who heard were amazed by what the shepherds said to them. Miryam treasured all these things and kept mulling them over in her heart. Meanwhile, the shepherds returned, glorifying and praising God for everything they had heard and seen; it had been just as they had been told. (CJB)

The birth announcement was made out in the fields where Shepherds who had the night watch were protecting their sheep.  It was just an ordinary night – a night like many before and then out of nowhere – the Glory of God – the Presence of God showed up.

I often sit and think about those shepherds and their families hearing such a glorious story.  First of all, with a radiant light full of the Glory of God – others must have seen that in the sky.  Unless, of course, God concealed that show to the world.

Do you ever wonder if this story was passed down through the generations within these families and if they still believe that glorious story?  There must be those today who have heard this story of what their grandparents saw so many years ago on an ordinary night that forever changed the outcome of the world – for those who accepted the Messiah.

Oh, what a spectacular night of lights – lights of Shekinah Glory – the Glory of God.

Oh, may we not let this season go by and not spend time praising and thanking our Heavenly Father for such an awesome gift to mankind.  Let us not take this lightly in our hearts.

Today, I leave a song that speaks of that night sung by Carrie Underwood: