What About the Children?

I had a dream two days ago.

Did you know God speaks to us through dreams?

There were children playing.  Playing safely behind a fence.  Enjoying being children. Then all of a sudden, they were being led out the gate and up a hill to another place.  I could see a building off in the distance and there were many trees surrounding it.  The children were walking calmly and orderly up the hill.

Then all of a sudden, the children start looking off to the left and started running.  Not all of the children ran off.  As these children were running they were also screaming.

I am still standing behind the fence.  My heart starts pounding.  Where are the children going? And why?  Do I even try to go after them?

Today, I found hidden words within the Scripture found in Isaiah 10:12-14.

Did you know that God speaks through His Word?

There is hidden meaning within all the words, but the last few words in verse 14 truly caught my eye:

“AND the young birds could neither move a wing nor even open their mouths to peep!” 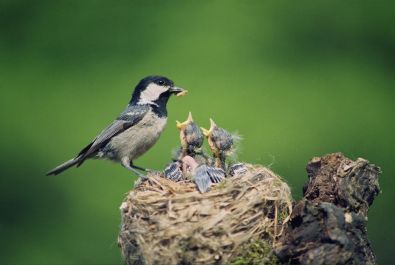 The children were safe – behind the fence – their boundary.  That safe place where they could just be kids.  But someone opened the gate and let them out and took them off to another place – a place without boundaries.  A place without a safety net for them.

Then some of the children are lured off to the left – they begin running and screaming wildly to something – to someone who apparently did not have good intentions for them.

What will happen to the children?  Who will protect them?

My Song:  Safe in my Father’s arms.  God has given me boundaries to protect me.  Safe in his arms.  The enemy knows that!  That is why he tries to lure me out and follow after him.

Safe in My Father’s Arms